We are a bunch of dudes who try to paddle and bike as much as possible – and sometimes do both together. Come and join us! 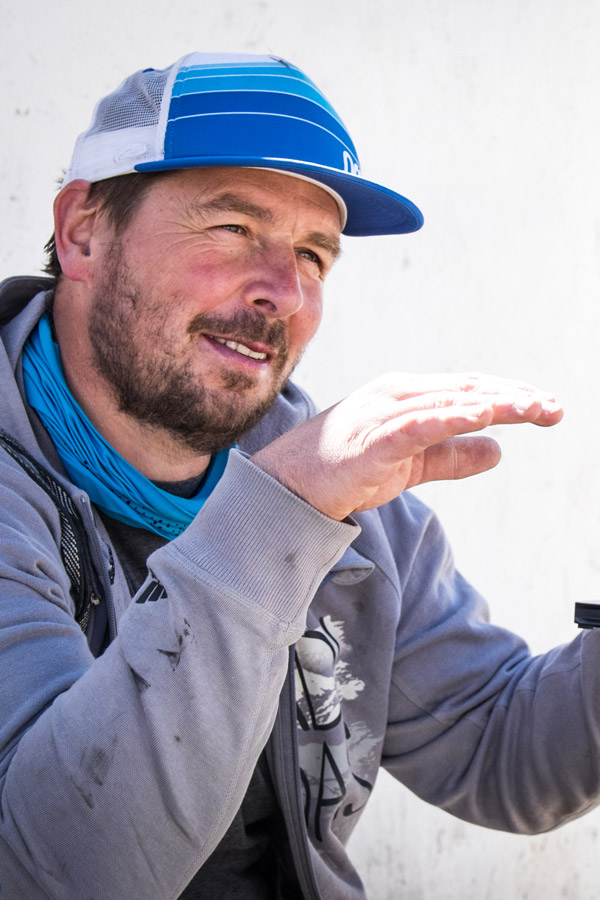 Olaf got the first tender touches with the wonderful world of paddling as a baby in his mother’s belly canoeing the River Rhine. From that point on, things progressed quickly. Olaf grew tall, taller still, eventually huge. Now – for a long time, long before the smartphone epidemic – he has been travelling the earth exploring wild rivers.

His camera is always with him, capturing these adventures for eternity. For this, he has been honored several times with film prizes and media awards. But his professional photography career was obstructed by »other jobs«. He completed training as an industrial mechanic, before dropping out of both a mechanical engineering and nursing education, and eventually trained as a certified geriatric nurse, working in the profession for eight years. Now, as a self-proclaimed media mogul, a travel/kayak expedition lecturernd president of Big-O-Productions, Obsommer has found finally his passion in storytelling

Many of his adventures captured with his camera were aired in German TV like ZDF, RTL, NTV, N24, SAT1 and BR3. His work has been described by TV stations as »sensational action and nature shots«. During his live-interviews he shares his adventures in an honest and light-hearted way, including ample funny stories. 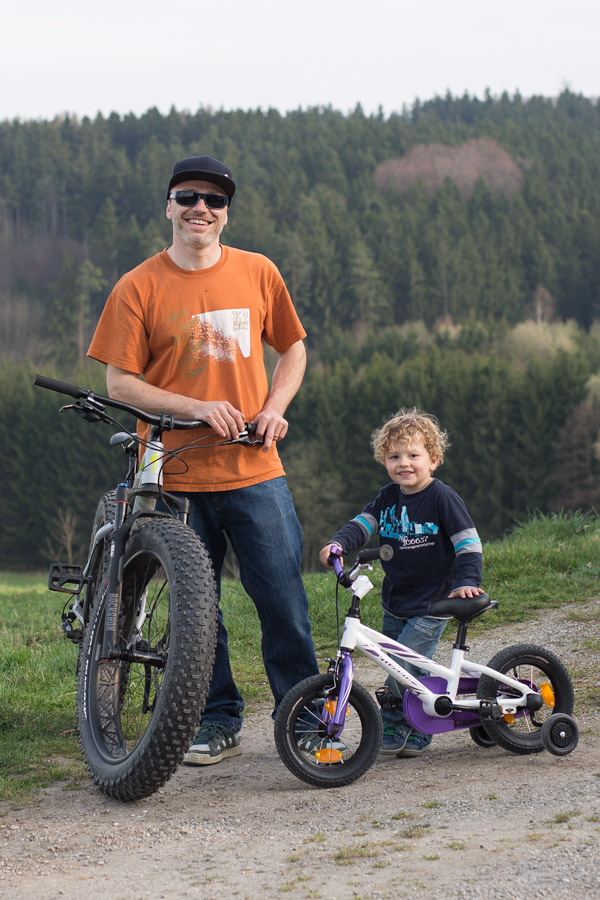 Jens no longer spends 200 days a year in a kayak, so he is hesitant to call himself a paddler. These days he is more often seen riding his fatbike in the forests near his house, or chilling on the trampoline with his son, Theo. A few years ago, he exchanged a seasons ski ticket for touring skis and he maintains his own vegetable patch and sometimes even skips school on a Friday (#fridaysforfuture). A real hippy? No! He also uses air travel for work and drives a diesel van.

Over the years Jens has gained a high reputation in the outdoor business for his photography work. His work has been published in numerous magazines and newspapers such as Outdoor, Men‘s Health, Allmountain, Free Men’s World, 4-Seasons and Globetrotter Magazine. Jens works regularly for happy clients like Adidas, Globetrotter, NRS or the German Alpine Association (DAV) and also exercises his creative mind through graphic-design projects. 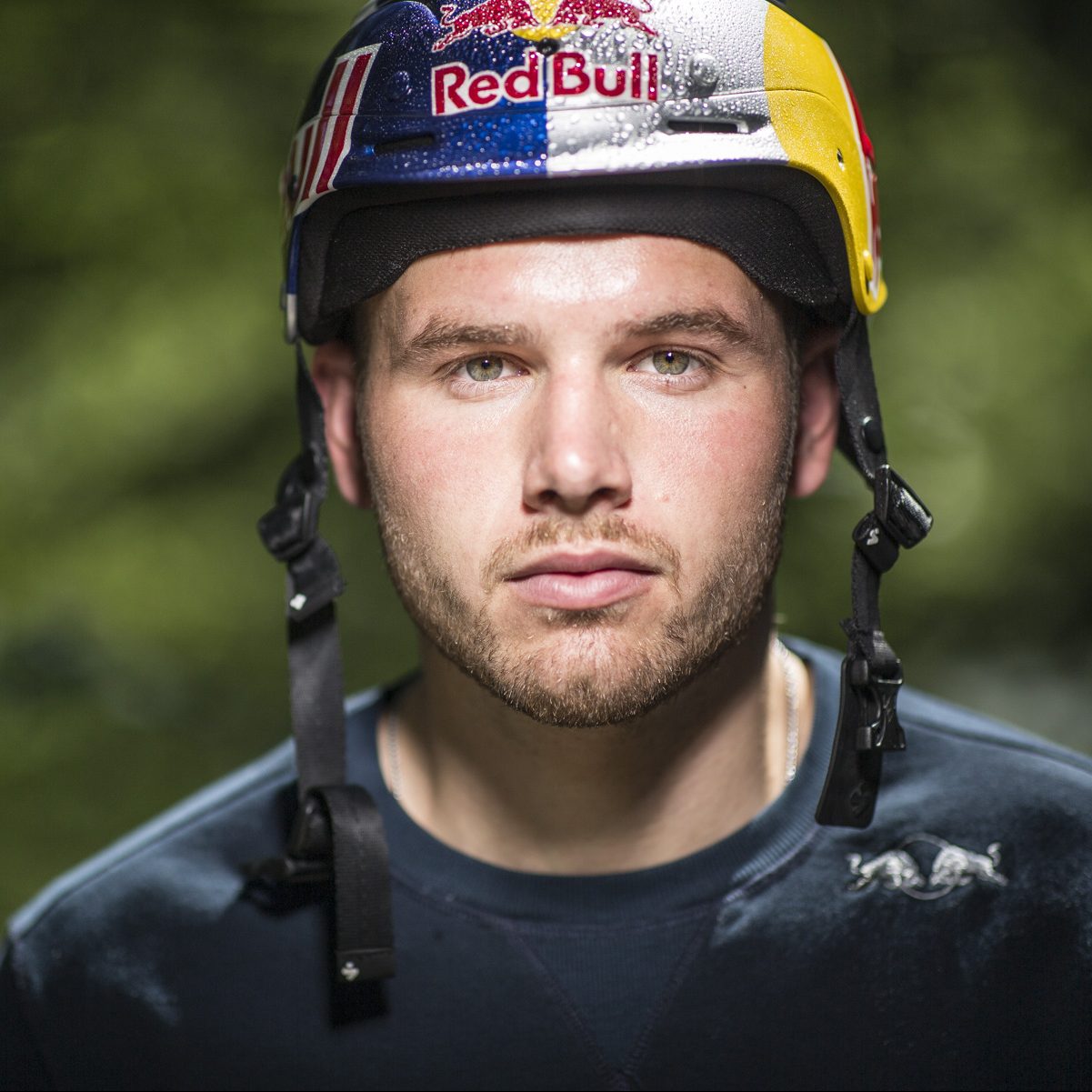 Adrian is the latest in a long line of progressive German paddlers. A few short years ago, Adrian left school to pursue kayaking full-time, and since then has squeezed in a lot of travel, competitions and waterfall descents. Despite being cool, calm and collected almost all the time, Adrian is no slouch on the race course and has even been known to show up randomly, moments before the start of events, and win.

Adrian is the fourth person whom successfully beat the 128ft Big Banana Falls in Mexico and also defeated the 100ft Alexandra Falls in Canada. 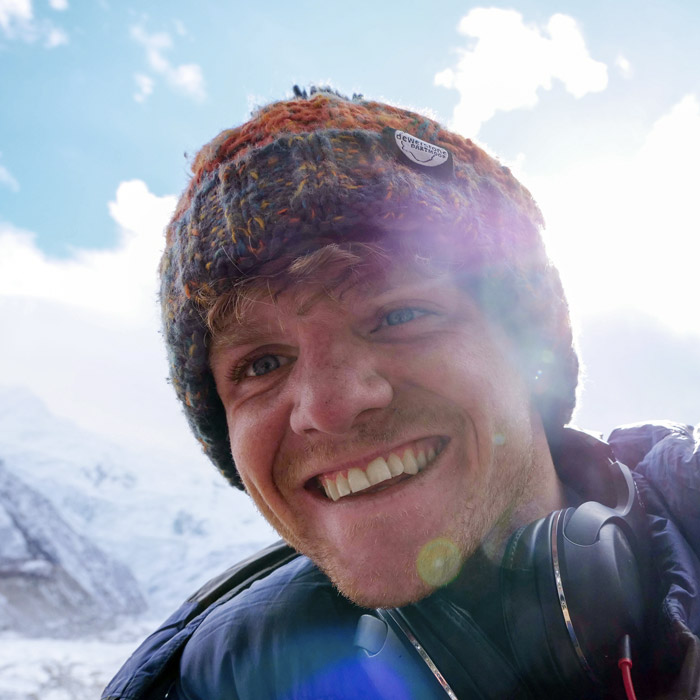 Like Adrian, this happy ginger dude from Warrington, England, left school as quickly as possible to pursue kayaking full-time. Previously known exclusively for his freestyle skills, since being adopted by the infamous »Demshitz« crew in 2012, he has gained a reputation for going hard on creeks, rivers and waterfalls aswell.

Bren is happiest when he is on the water with his friends, but he also enjoys picking heavy things up and putting them down (a.k.a going to the gym) and contrary to popular belief, he can actually read. 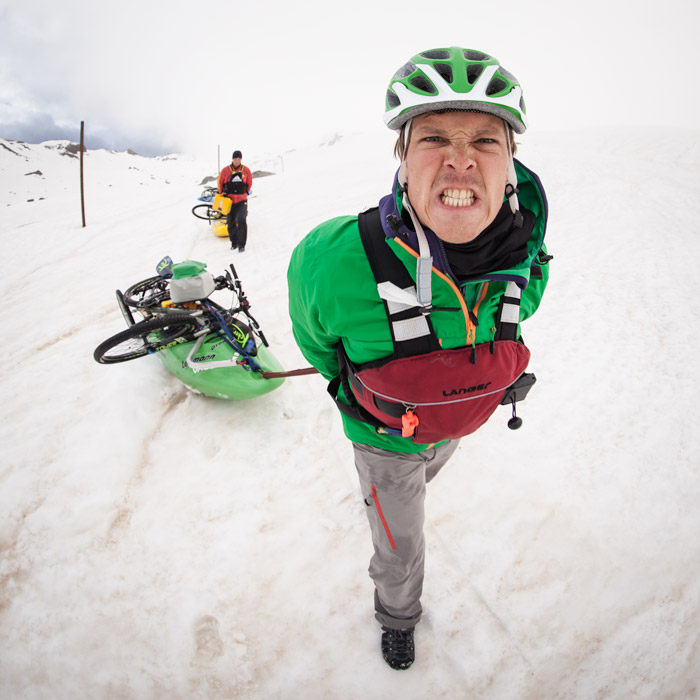 Philip is a freelance journalist writing for outdoor magazines such as 4-Seasons, KANUmagazin, Globetrotter Magazine, Kayak Session, Abenteuer Reisen and more. He also created ahoimag – a core magazine for the whitewater paddling scene in Germany. Philip would still go for the big stuff in his kayak and travel the globe searching for adventures and new rivers – but he is currently busy changing diapers. 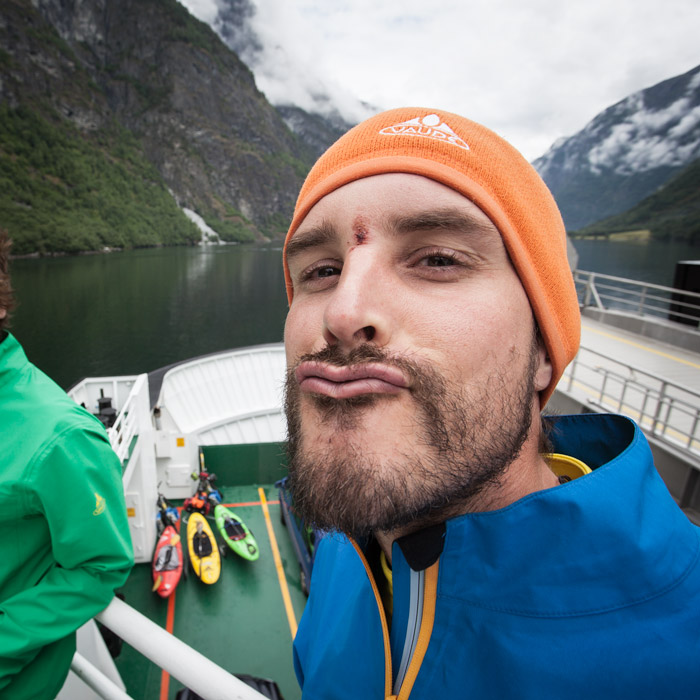 Lukas took part in the first Bike2Boat tour in Norway in 2012 and accompanied parts of the 2013 tour through the Alps with his drone. He is not only a genius in plastics and mechanical engineering, but also a reliable paddling partner.

See some videos
back to top

… is simply travelling from river to river using only pedal power. It’s not about the highest waterfall or steepest creek, it’s about earning the whitewater descent and enjoying the journey; travelling light with a light eco-footprint.

Instagram Facebook Youtube Vimeo
»Bike2Boat means travelling slow! Of course it takes you out of your comfort zone when pulling kayaks over a mountain pass – but it also gives something back: the journey itself.« 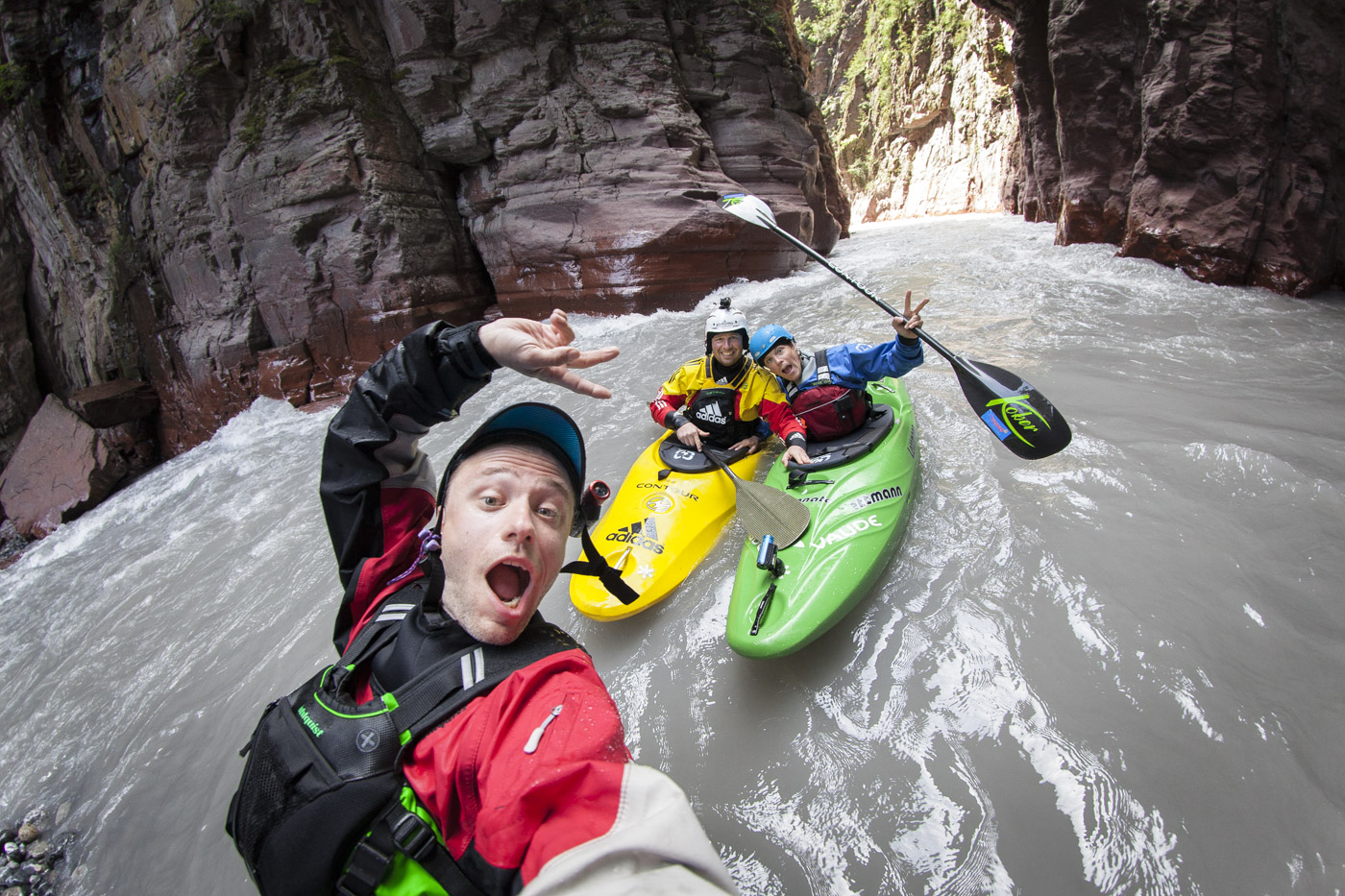 Jens KlattPhotographer
»During our expeditions all around the globe we released just as much carbon as adrenaline. This is why during B2B the car stays in the garage and the kayak gets put onto the bike trailer.« 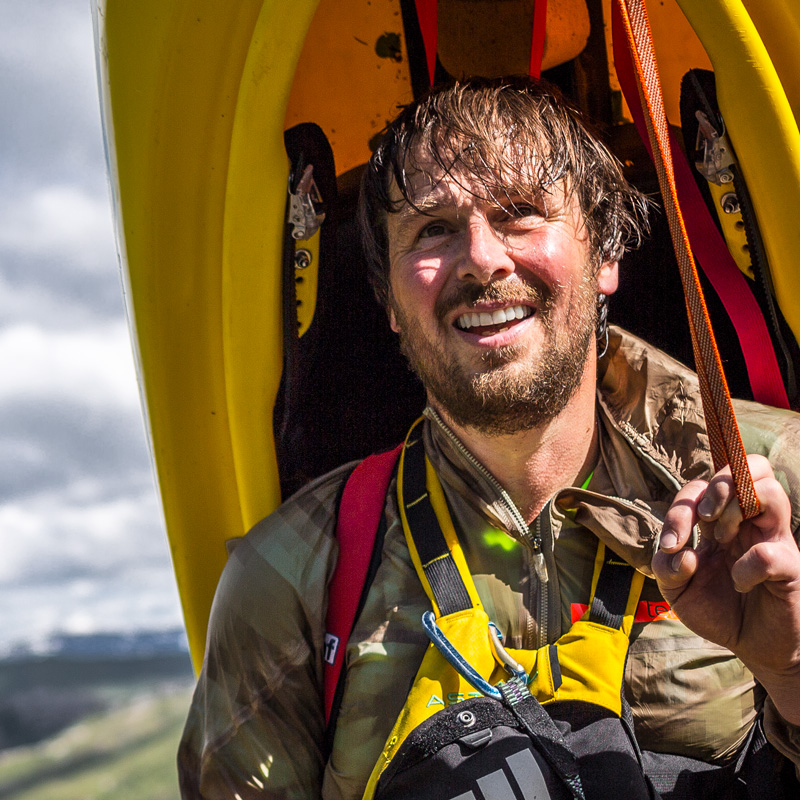 Olaf ObsommerFilm maker
»Tyrol will be my first trip as a Bike2Boater. Not sure if this is incredible stupid or incredible fun. But I will find out soon and let you know... :-) «